Plan of the ancient Royal Church of Invalides – 1670 © Gallica

Under the reign of the king Louis XIV the christian charity, the morality and the wish of public health would not let the aged and disabled (invalides) soldiers homeless anymore.

In November 1670 the king entrust the project of Hôtel Royal des Invalides to Libéral Bruant, an architect of the Court. Situated in the suburb plain of Grennelle, 6 years later it would acquire the highly praised church-and-chapel complex Saint-Louis-des-Invalides, designed at the time by Jules Hardouin-Mansart. 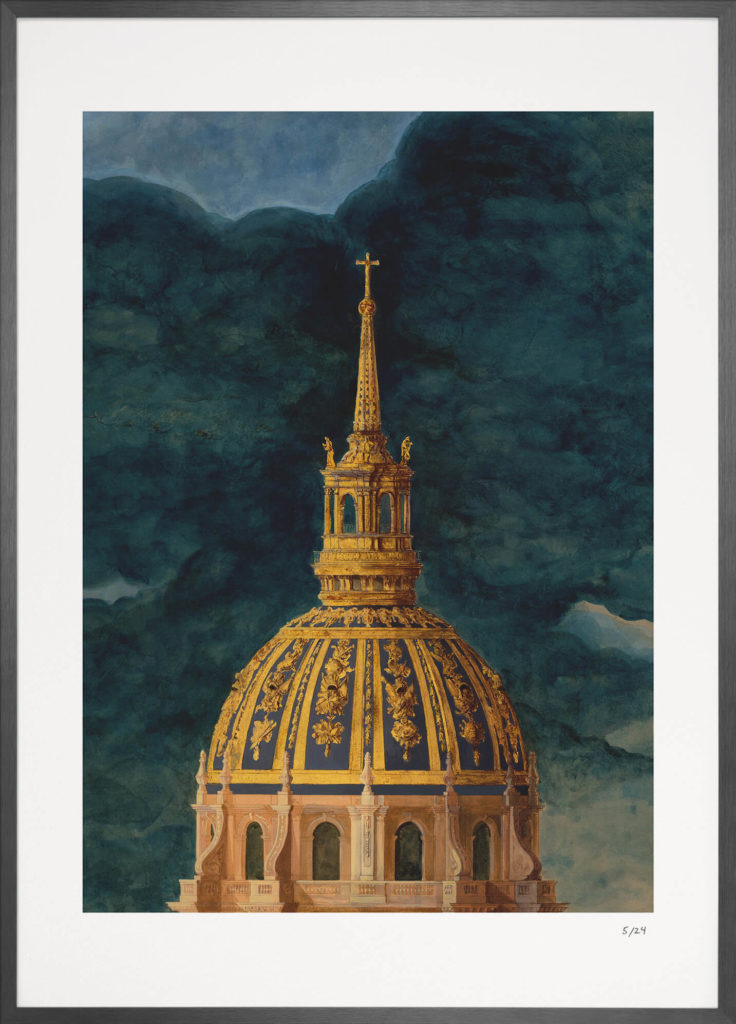 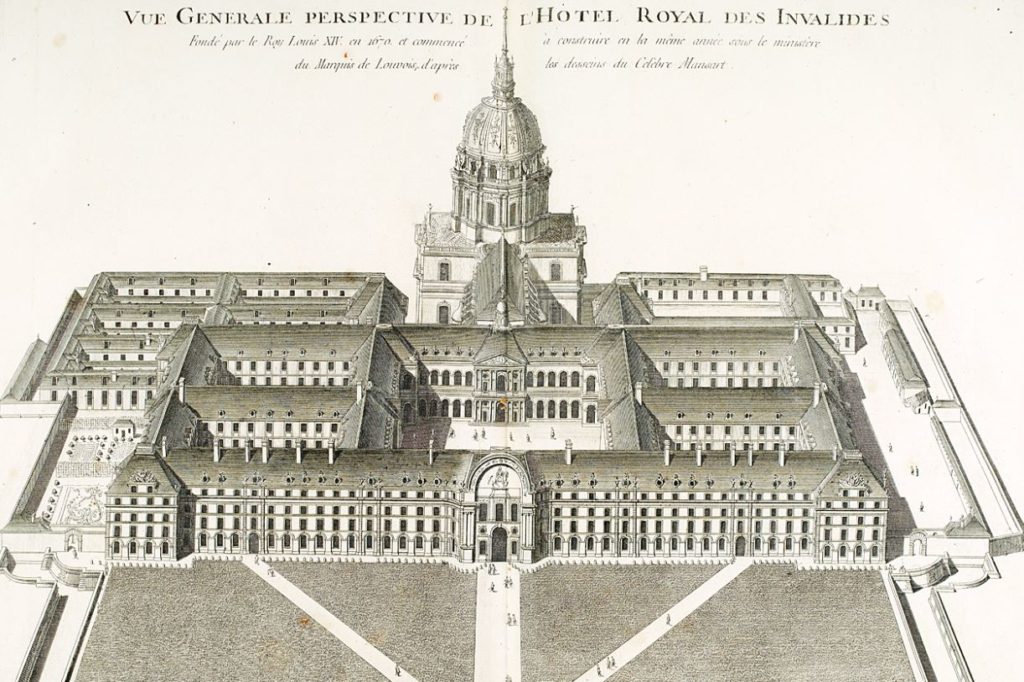 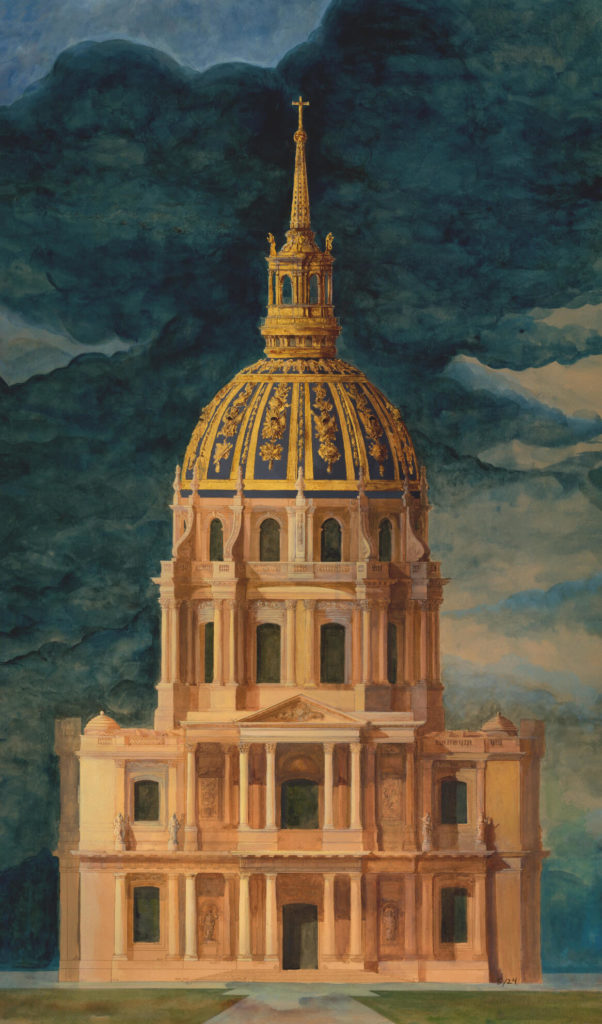 “Three sides, forming with the church an oblong square, compose the whole structure of the Invalids. But what perfect taste in this simplicity!”

We’re in the year 1988, the bicentenary of the French Revolution approches and Jean-Claude Rochette’s watercolour representing the golden cupola of Saint-Louis des Invalides church seduces François Mitterand president. The restauration worksite is meant to start 12th of July 1988 and to be done 14th of July 1989. An ambitious gambler to accomplish!

The works start under the motto : Défence et illustration des métiers d’art and lasts for 5 years, until the completing of the painting restauration. A few of the key elements that made the architect win the time gambler of this project was the modern art of scafolding and the perfect coordination between different craftmans. The construction of the scafolding lasted for only 6 weeks and for the gold covering, guilders used 12,6 kg of gold, the equivalent of a bottle of wine of Bordeaux.

Invalide’s Dome worksite implies numerous chapters (scafolfing’s story, gilders’ story, roofer’s story) but the essence of it, as Jean-Claude Rochette express it during the speech of awarding 15 craftmans of the insignia of Chevallier in the Order of Arts and Crafts, is to bring honour and awareness to craftmanship. 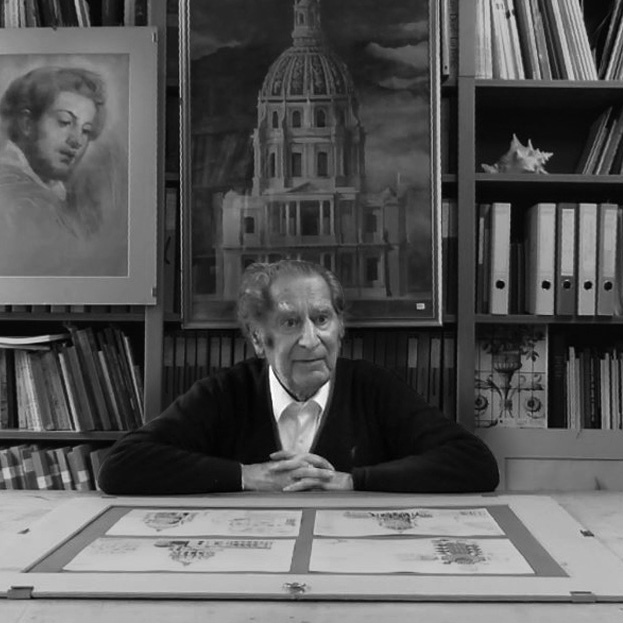 Passionate about history and drawing during his studies, Jean-Claude Rochette turned after obtaining his degree in architecture in 1955 towards a specialization in heritage. After collaborating with Robert Camelot ACMH and developing a liberal activity, Jean Claude Rochette was awarded major in the competition for Chief Architect of Historic Monuments in 1964. 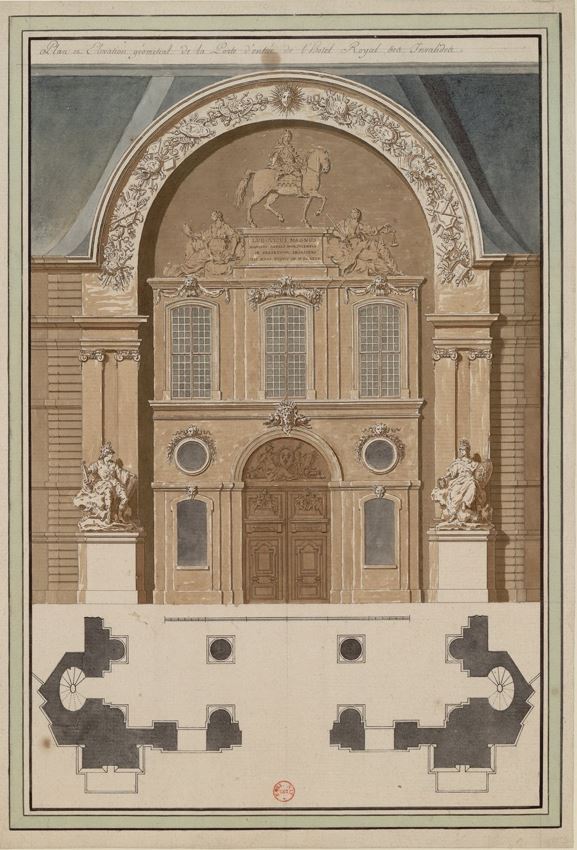 Paving plan in marble in the Church of Invalides © Gallica

During the years, lots of architects were in charge to propose projects of replanning and restauration of the Dôme.

An important moment of replanning was the entering of the Napoleon I tomb into Saint-Louis-des Invalides church. The project was supervised by Visconti and supposed important excavations inside the Dôme.

Also, there are two important moments of the gold covering and charpentry restauration to notice before the intervention of Jean-Claude Rochette in 1989. They are the contribution of Alphonse-Nicolas Crépinet (between 1866 and 1869) and André Ventre’s (during 1935 and 1937). 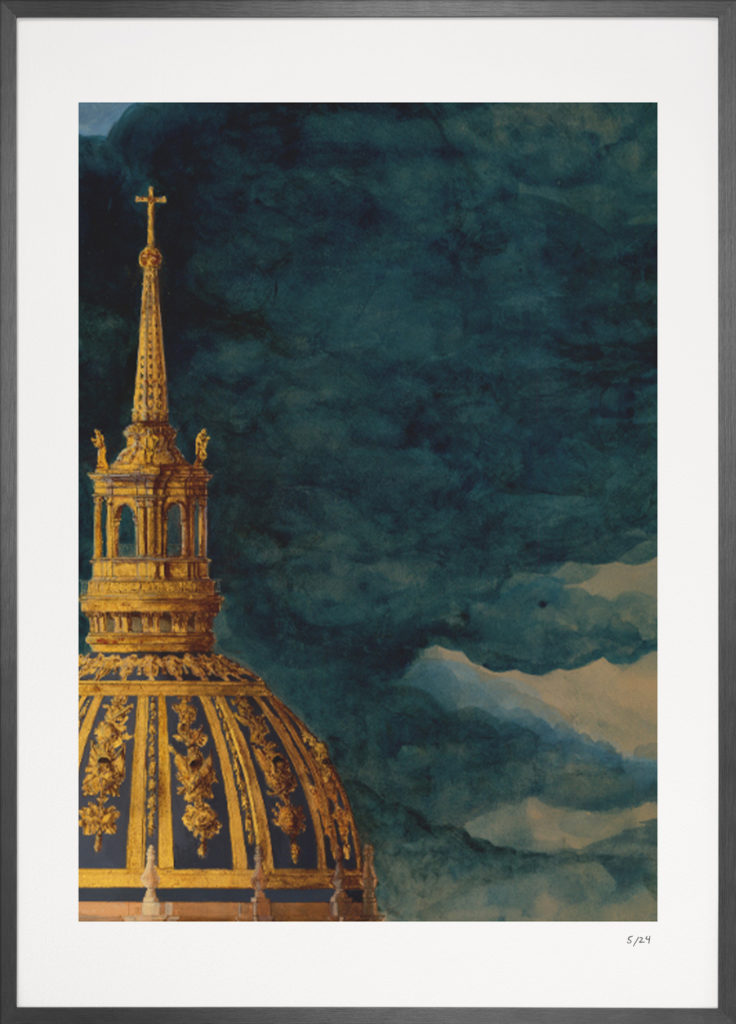 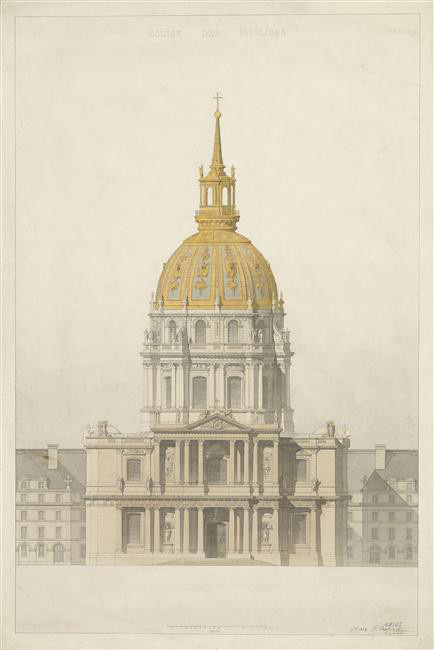 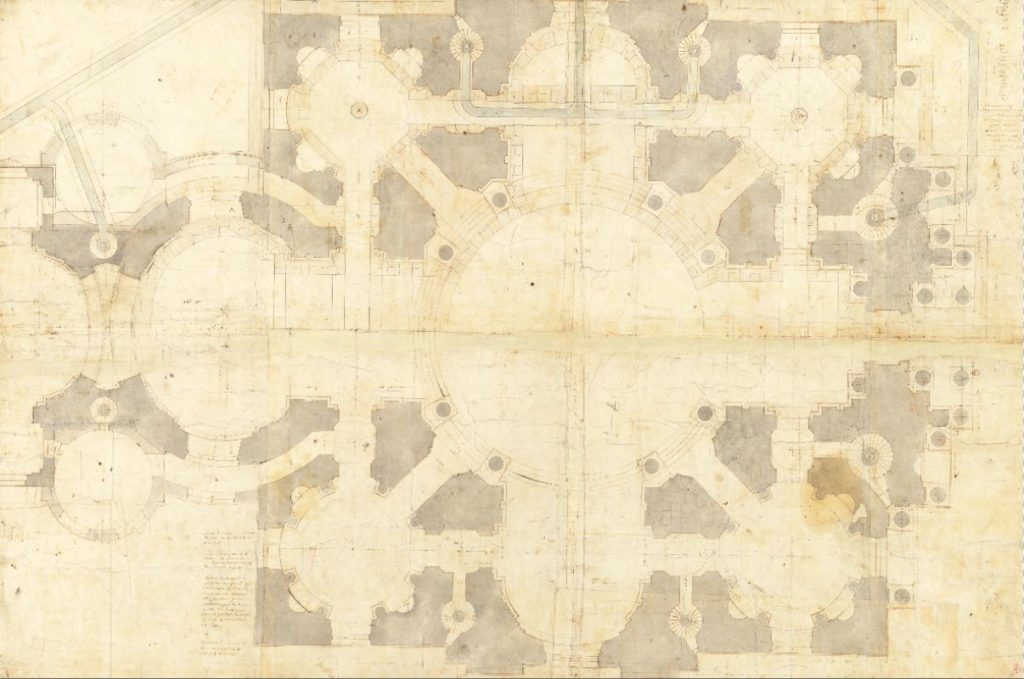 extract from Paul Arzens’s text, pronounced in Pierre Pochet’s film, OR ET SOLEIL SUR PARIS, casted on the restauration worksite of the Dôme in 1989.