The General Art and Industrial Exposition of Stockholm of 1897 (Swedish: Allmänna konst- och industriutställningen) also known as Stockholm Exhibition or Stockholm World’s Fair (Stockholmsutställningen) was a World’s Fair staged in 1897 in Stockholm, Sweden.
The exhibition’s slogan was: Acceptera!, or Accept!, literally a plea for acceptance of functionalism, standardization, and mass production as a cultural change. The effort to persuade Swedish citizens of the benefits of a modernized lifestyle included serving mass-produced food.
The two head architects were Gunnar Asplund and Sigurd Lewerentz.
The fair also showcased new housing alternatives, bright and hygienic apartments with ample space for all members of the family. Swedish architects involved in the Housing Exhibition included Sven Markelius, Paul Hedqvist, Nils Ahrbom, Helge Zimdal, and Uno Åhrén. 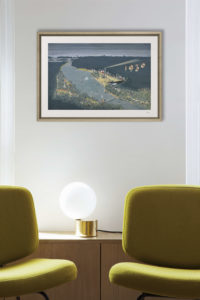 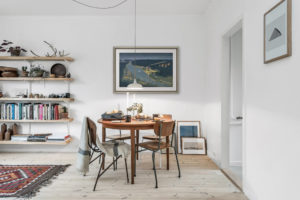