The façades of certain Florentine churches were left unfinished. This work (2013) is part of a project that sought to complete the churches of San Lorenzo, Santa Maria del Carmine, and San Frediano in Cestello.
For Motoproprio, this project is neither one of simple decoration nor an exercise in style based upon a nostalgic notion of the city. It interrogates the status of these places beyond the memorial function that is usually attributed to them, and thus constitutes an architectonic project exploring the rasion d’être of these buildings today relegated to the city’s margins.
The completion of the façade, in this work that of del Carmine, confers a new centrality upon the church which resolves the fragility of the adjacent public spaces. 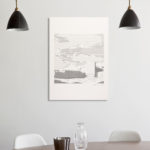 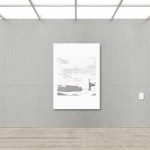