Founded by Hikaru Nissanke and Jon Lopez, OMMX is an architecture office based in London. 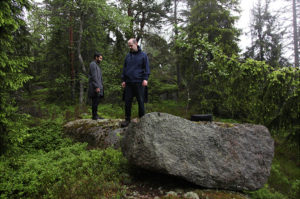 They believe that architecture gives shape to our collective desire to understand and express who we are, with the ability to build intimate portraits of communities, individuals and families, as well as businesses, landscapes, of cities and nations. OMMX is committed to this biographical process, to creating spaces that we can relate to and that help us relate to one another. 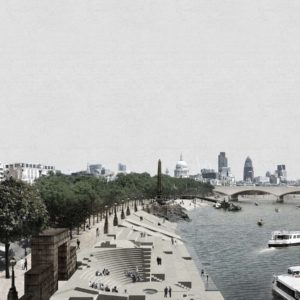 North Bank – A forum and promenade along the river Thames, 2012

Portfolio
They have had recent successes in high profile competitions organised by the American Institute of Architects, the Royal Institute of British Architects, the National Infrastructure Commission, and the British Council. The office was placed in the final shortlist to design and curate the British Pavilion at the 15th Venice Architecture Biennale for our work examining volume housebuilding.

In 2017, OMMX won a competition to design 22 experimental homes for not-for-profit house builder Naked House, supported by the Mayor of London. Their work has been published widely and we regularly contribute to architectural critique and discourse at institutions across Europe, recently participating in the Architecture Foundation event Introducing New Housing—“a presentation of the best architects and most progressive developers working in London today”—and at the Building Centre panel discussion Rethinking The Way We Live. 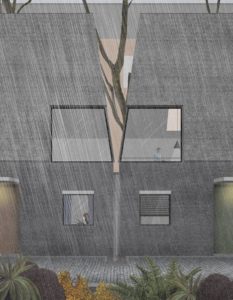 Idea
They use images to develop the central idea in a project. In an interview with Lobby Magazine, they say: « the aesthetic’s (of the images) not as important as the concept of the project. (…) We adopt a certain language, and we use that language to speak about something other than the thing itself, in this case, drawing. » OMMX’s illustrations should be seen as different narrations of ideas rather than a representation of their architectural style. 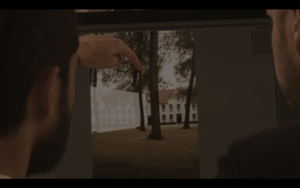 Research
Hikaru and Jon have been appointed Design Fellows at Cambridge University, UCL and Central St Martins. Their teaching focusses on how technology is disrupting the status quo and shaping our lives. They examine the common misconceptions, aspirational hangovers, accepted norms and prevailing orthodoxies that render individuals and societies impotent to enact meaningful change. An academic setting provides a collaborative, discursive and rigorous platform to look at the different phenomena affecting the built environment with urgency and without bias. 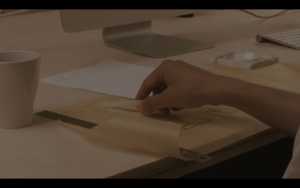