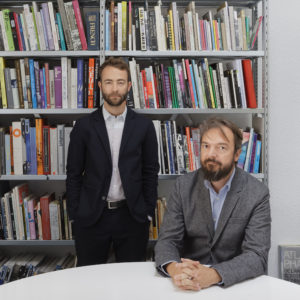 Tolila+Gilliland is a Franco-American firm working on architecture and urbanism projects, both public and private, in Europe and abroad.
In 2012, their work received the French National prize for the first built work. Today, the atelier develops a broad range of projects with a particular attention to historic, geographic and environmental context. In 2014, the European Centre for Architecture Art Design and Urban Studies and The Chicago Athenaeum Museum of Architecture and Design announced that the architectural office Tolila+Gilliland is part of the selection of the most promising design talent in Europe.