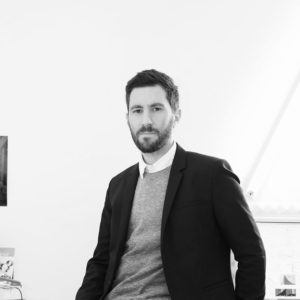 Nicolas Dorval-Bory graduated from the Architecture school of Paris Val de Seine. He started his own practice in Paris, and has lived in Chile and Argentina from 2009 to 2010. He is teaching weather architecture with Philippe Lahm since 2011 at the Architecture Schools of Normandie and Versailles. His approach to architecture could be translated by a very precise encounter and scientific between atmosphere and space composition. In 2016, he won the the price Naja (Nouveaux Albums des Jeunes Architectes et Paysagistes). He has built various projects of rehabilitation, such as P420 Gallery in Bologne, Kitsuné Boulevard shop with Studio Henry, and the Onet le Château media library with Raphaël Bétillon, project nominated in 2014. The office works nowadays in several apartments in Paris and in Italy, a contemporary art fair, two houses in Comores and keep on being active in international competitions for housing and public buildings.