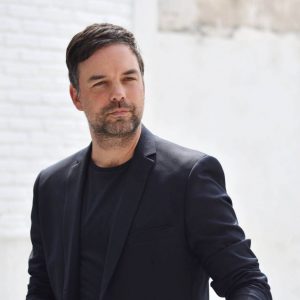 Laurent de Carnière is a French architect and graduate of the Ecole d’Architecture de La Cambre ISACF in Brussels. Having spent several years working in Belgium, Australia, and France (Dominique Perrault, Paris), he is today working in Denmark for BIG agency (Bjarke Ingels Group). He continues to pursue independent projects, including an acclaimed proposition for the Helsinki Guggenheim museum. He also participated in the 2015 edition of Paris’ Nuit Blanche. With its simple, repetitive forms and use of concrete, his work demonstrates a marked formal and constructive rationality.