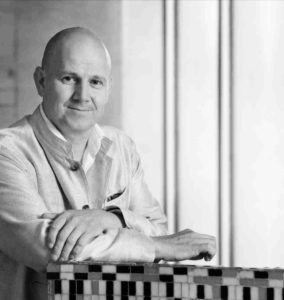 Frédéric Bonnet is the co-founder of Obras in 2003.
He has been a teacher at the Accademia di Architettura di Mendrisio since 2008, at the École Nationale Supérieure d’Architecture de Marne la Vallée since 2013 and a teacher-researcher associated with the Gerphau laboratory, a collaborative laboratory welcoming researchers from different disciplinary backgrounds (architects, urban planners, philosophers, landscapers, sociologists, ecologists , etc.).
He is also a full member of the Academy of Architecture (since 2015). Frédéric Bonnet is the author of numerous publications and a founding member and editor of the review Tous Urbains.