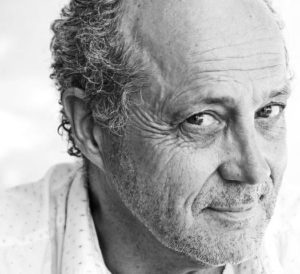 Éric Raffy is an Architect graduated at the Bordeaux School in 1978. He designed many furnitures and objects as for Soca or Laguiole. In 1995, he received the Medal of Architecture from the Academy Dejan and especially the showroom for the designer Paco Rabanne (Paris 6 °), the restaurant 3 *** Michel Bras in Laguiole, or Ushiku Daibutsu, a Buddha of 120 m high in Tokyo which also received the 1994 APIDA Prize in Hong Kong.
Teacher at the Penninghen School in Paris from 1999 to 2004, Éric Raffy has signed numerous projects such as the Sofitel in Salvador de Bahia, Brazil (2002) and the Club Med Hotel Kanifinolhu in the Maldives.