Hong Kong : the upside down

The proposal (2017) aims for a critical understanding of the city’s evolution of Hong Kong for the next 50 years.
2 rules are un-officially bypassed : the legal restrictions in terms of land and the interdiction of existing space subdivision.
We propose to arbitrarily lift these restrictions and imagine the consequences in two opposite scenarios of extreme densification:
A. Subdivision allowed: An inward evolution.
B. Full use of land allowed: Inversely, an outward evolution, progressively invading the restricted land.
Being radical opposites, these alternate realities are, at this stage, materialised as so in a head-to-tail dual representation. The final outcome would consist of 2 simultaneous time-driven projections displaying both potential, yet contradictory, evolutions at once. 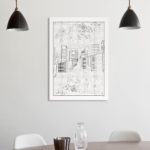 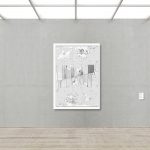