Proposal for a UNESCO cultural centre at Bamiyan to the west of Kabul, Afghanistan (2015).
This town and the surrounding valley have been listed as World Heritage Sites under threat by UNESCO since the Taliban began to destroy the statues of Buddha there in 2001.
This building lies on an even site on the elevated part of the building plot. Its square, one-storey construction uses a universal and elementary form to promote immediate recognition and appropriation of the space by visitors. The building appears as an isolated form, encircled by outer walls. The interstitial space thus created, a sort of no man’s land, gives the building an air introversion and acts as an intimate space in which the memory of the site and its future can meet. The space is enclosed, with the wall appearing as both a limit and a form of protection that is a reminder of man’s ephemeral nature.
With Nicolò Ornaghi & Francesco Zorzi. 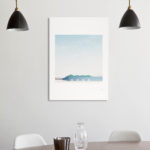 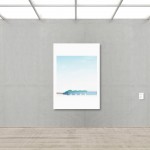